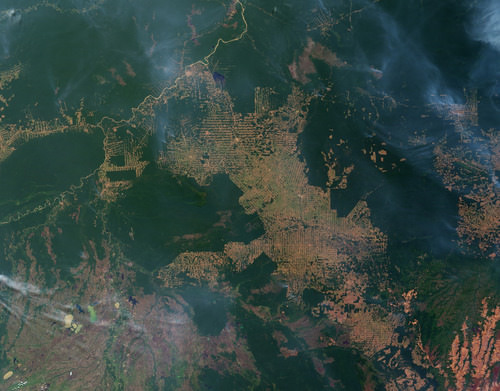 Habitat destruction through deforestation, especially of tropical rainforests as seen in this satellite view of Amazon rainforests in Brazil, is a major cause of the current decline in biodiversity. (credit: modification of work by Jesse Allen and Robert Simmon, NASA Earth Observatory)

After studying this chapter, you should be able to:

Essentials of Environmental Science by Kamala Doršner is licensed under CC BY 4.0